Alex Niven is a left-wing writer and blogger. His first book, 'Folk Opposition', which talked about a proposed resurgence in folk culture whilst tackling the ideals of the modern Conservative Party, was published in 2011. He has written for The Guardian, the Los Angeles Review of Books and the academic journal ELH: English Literary History to name but a few. His own blog, 'The Fantastic Hope' features his viewpoints on politics, music, society and his beloved Newcastle United. I've known Alex for four years now, having first met him when he was in Everything Everything and have collaborated with him on quite a few things over the last couple of years. I caught up with him to talk writing, the internet, the North East, Mumford & Sons (inevitably), the state of the opposition and various other topics of that ilk.

Hi Alex, how’s the writing going? What are you currently working on?
It’s not going too bad Dave. I finished a PhD a few weeks ago and handed in the final draft of a book about Oasis’s Definitely Maybe last week. It’s quite a nice time, the interlude after you’ve just finished a big project. I’m starting to think about the next thing, which is probably going to be a book about 21st century music culture, perhaps a collection of essays. 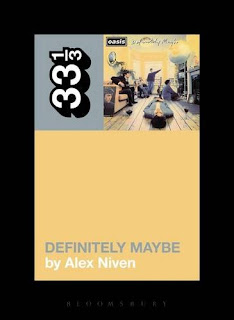 Have you always wanted to write for a living?
I suppose I always had a sense of what sort of cultural space or environment I wanted to be in. In terms of writing per se, I’m not sure I’ve made my mind up about it, even now. I’m drawn to what I do at the moment – which I suppose is something like creative non-fiction or cultural analysis – because it seems like the only game in town. So many of the other artistic genres, from the novel to the pop song to the academic monograph, are in a pretty bad way right now – they’ve lost their energy and social impetus. Conversely, the creative people I really admire, people like Owen Hatherley and Mark Fisher, are saying the really vital, interesting things in the form of essays and blogposts and non-fiction books. It seems like this is the form with the most cultural potential at this point in history. 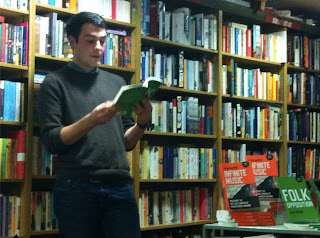 Some of your work - ‘Folk Opposition’ in particular talks of a slow shift back to the sense of community which the 1980s UK government have been charged with dismantling. Do you think that we have got anywhere nearer that goal in the two years since it was published?
No not at all, things have continued to get worse in the last two years in a way that has been quite scary. The main reason for this is obviously that there has been no organised political response to the radical right-wing agenda being pushed by the coalition. In advocating community in Folk Opposition, I wasn’t saying that everyone should get together in their local town hall and sing songs and hold hands – that was the kind of Cameronite Big-Society fantasy I was trying to criticise. What Folk Opposition calls for is a powerful, organised, collective culture that goes from the micro to the macro level. There have been scattered signs of activity at the grassroots over the last two years, most obviously the Occupy movement, but the problem is that there have been few attempts to turn this local activity into a bigger organised entity, a larger-scale “community” if you like. Having said that, I’m encouraged by things like the People’s Assembly. 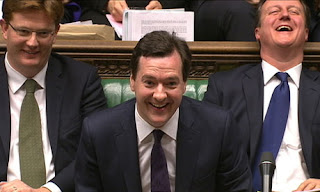 What are your feelings towards the internet and humanity – do you think it does more harm than good? Would you miss it if it disappeared?
I think generally I subscribe to the view that technology is more-or-less neutral, that it can be put to negative or positive uses depending on the society. At the moment, the internet tends to reflect the radical individualism of neoliberal society – it helps to isolate us and keep us locked up in the private sphere. But it’s not the internet itself that imprisons us in the home. We only use the internet in this way because wider political forces have removed social experience from us. Neoliberalism has removed jobs, community, union, democratic participation etc, so people have been forced to retreat into privacy. But the internet has an alternative potential to socialise us – to allow people to meet, discuss, debate, subvert, organise – and you see this in glimpses now and again. The internet is like any other medium, it’s dependent on its society and it just so happens that we have a pretty terrible one right now.

Has music become cheapened by the way that the majority of us now consume it?
Again, yes and no. In the neoliberal society we live in, new technologies have emphasised a neoliberal culture of atomisation, privacy, abundance of consumer goods, and so on. So yes, music has been cheapened to a horrifying extent over the last thirty years. But it’s the society that’s doing it rather than the medium of Spotify or YouTube or whatever. 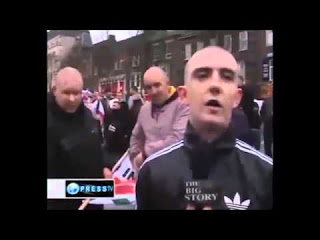 Far-right politics have become increasingly prominent within the UK in the last few years. Do you think this is purely because the relevant groups have been given the oxygen of publicity, or it this a direct result of ‘divide-and-rule’ and scapegoating tactics being used by the mass media in conjunction with the government?
The most obvious reason for the far-right resurgence in recent years seems to me to be the continuing abandonment of the working-class by the mainstream political parties. When people don’t feel represented over a long period of time and their economic situation is worsening they do all kinds of terrible things, one of which is turn to right-wing idiots who seem to offer them an explanation and an alternative. 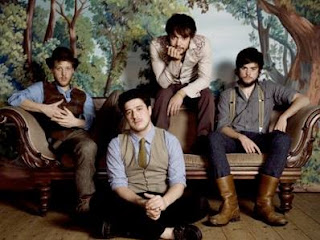 For those who are unfamiliar with your work, can you give a brief explanation of your disdain for nu-folk acts such as Mumford and Sons?
Nu-folk is a (very largely) upper-middle-class genre that attempts to hijack the culture of the working-class and turn it into a medieval fantasy. It’s posh people dressing up as peasants, basically, and at a time when in political terms the posh people are shafting the proletariat, there seems to be something very sinister about this. And musically it’s fucking terrible. It’s like Downton Abbey – I watched it once thinking I would hate it for political reasons but I just found it incredibly boring. I actually love folk music and grew up playing it, so when I hear something like Mumford and Sons it just seems so fake and dull, and detached from the sort of contexts that make folk music such a powerful form of music. Folk music is rebel music, or should be. 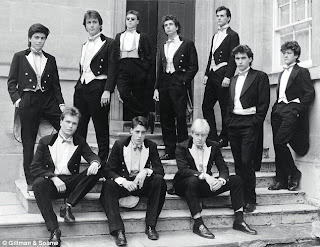 Why do you think Cameron’s ‘Big Society’ failed so spectacularly?
It was a soundbite, nothing more.

Do you think articulate and talented young working-class people now face more stumbling blocks than ever?
Yes, of course they do, because the whole movement of British politics over the last thirty years has been to remove the forms of empowerment that allowed talented working-class people to express themselves in the past – social security, free higher education, a flourishing state broadcasting system.

Please outline what you think are the main problems with the state of UK democracy in 2013.
The main problem is the lack of mainstream representation for a vast majority of the population. Fewer and fewer people vote, and when they do there’s very little correlation between who they vote for and what they actually believe in, so I don’t think it’s an exaggeration to say that democracy doesn’t really exist in Britain right now. Democracy isn’t just a case of the right to vote, it has to be supported by a democratic infrastructure – unionisation, education, differentiated political parties – and we just don’t have this right now. 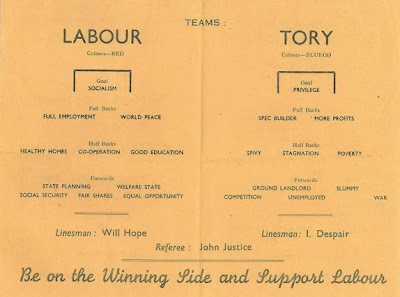 Do you feel that the North East is a particularly hard-hit victim of the North-South divide? If this is so, have you found it to always have been this way in your studies and experience or has the situation become worse than ever? What needs to be done to rectify this?
Yes I don’t think anybody could really dispute that the north-east is one of the most badly damaged areas in the country. It hasn’t always been this way – obviously the making of the north-east was the industrial revolution, and that was its means of empowerment for a century or two. After de-industrialisation it’s suffered, but this has been exacerbated by the neoliberal policies of the last thirty years. There could have been new industries and new forms of cultural empowerment put into in the north-east, but successive Prime Ministers from Thatcher to Blair to Cameron have sought to divert power and wealth to London and the south-east instead.

Would you ever consider picking up a guitar in public ever again?
Yeah of course. But the culture of British pop music is so fundamentally fucked right now that it might have to wait a few years. There’s also a more specific problem in that I think the potential of the guitar has been mostly used up over the past few decades. It’s very hard to be innovative with the guitar at this moment in time – it might have to go into hiding for a few years.

What has kept you going in terms of music, books, films and literature over the last few years?
As I said in the first question, the only people who have really inspired me are people on the blogosphere, writers like Owen Hatherley, Carl Neville, Mark Fisher, Nina Power, Joe Kennedy, all of whom have written cracking books too. Musically it’s mostly been isolated pop stuff that has excited me: Lana Del Rey, Rihanna, Robyn, Nicki Minaj, that sort of thing.

And finally – do you think the Labour Party has now been tarnished irredeemably and if so, can you see a genuine alternative to them becoming a major force in UK politics?
I wouldn’t vote for Labour in its current form because it’s obviously still extremely right-wing, but I still have some hope it might rediscover its soul. It’s poised on a knife edge – if the anti-union reforms go ahead then there really will be nothing left of Labour’s core identity. On the other hand, if the Blairites go quietly into the night then there are signs of a new generation coming through that could reverse Labour’s rightward drift. I have a lot of time for people like Owen Jones and if he’s a sign of where Labour might be heading then that’s something to be optimistic about.

Posted by David Lichfield at 11:27 AM No comments: